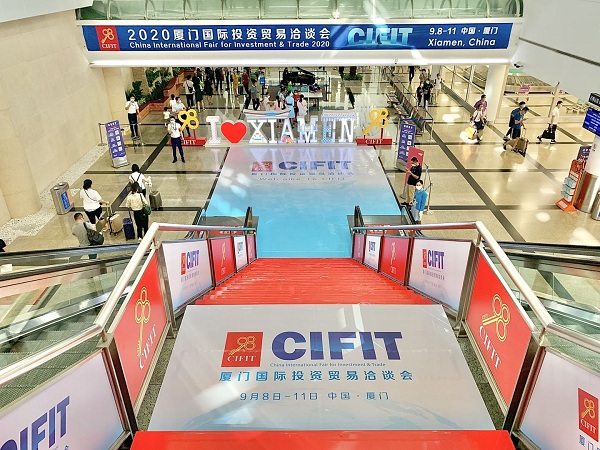 The China International Fair for Investment and Trade is now a major player, both online and offline. The 2020 fair ends on Sept 11 in Xiamen city, East China's Fujian province. [Photo provided to chinadaily.com.cn]

This year's China International Fair for Investment and Trade – CIFIT – which was held both online and offline  for the first time, marked a new start for its development, according to Guo Ningning, vice-governor of East China's Fujian province, talking at the Silk Road Investment Congress held in Xiamen city on Sept 10.

CIFIT – which opened on Sept 8 in Xiamen in Fujian province, wrapped up on Sept 11, officials said.

Guo said that by facing the on-going COVID-19 epidemic head on, the fair had made it possible for global investors to take part through the online edition – providing convenient and direct communications for international business negotiations.

It allowed people from more than 40 countries and regions to showcase their products, conduct negotiations, sign agreements and place orders online.

"Fujian will make full use of the online platform provided by the CIFIT and further expand its opening-up, in an effort to promote global investment and trade," Guo said.

According to statistics, Fujian saw 21 percent growth year-on-year in foreign direct investment in the first seven months of the year and the total volume of imports increased 10.2 percent year-on-year during the same period.

Officials said this bucked the trend of a global slowdown amid the COVID-19 pandemic, showcasing that the province has bright and  broad prospects for global trade and investment.