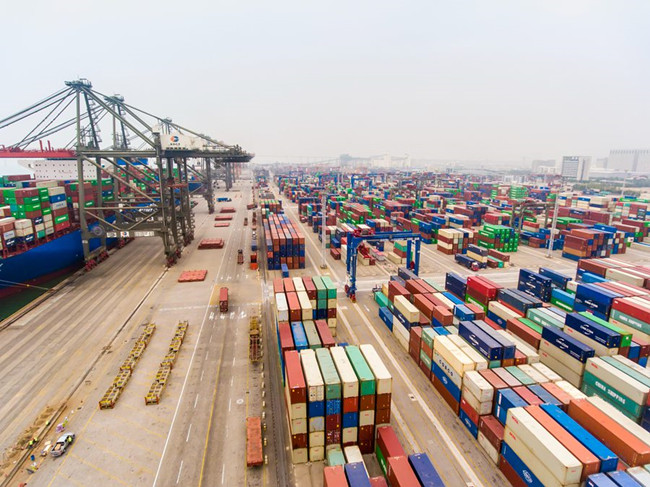 The cargo throughput of Xiamen Port in East China's Fujian province exceeded 18 million metric tons in January, a year-on-year growth of 14.94 percent, while the container throughput was about 1.01 million twenty-foot equivalent units (TEUs), growing by 9.63 percent year-on-year, according to statistics released by the port.

Xiamen Port is a natural deep water port, with a depth of 16 meters and five deep-water berths. It boasts advanced terminal facilities, outstanding waterway management, and a superior business environment.

In recent years, the local government has bolstered efforts to promote the digital development of the port and to develop it into a "very smart port," which features an intelligent logistics platform.

Over the past few years, the international shipping industry has witnessed a new era of mega vessels. Statistics show that during the Spring Festival holiday, the port received more than 10 mega vessels, with a cargo throughput exceeding 150,000 tons.

The port authorities said that backed by its advantages, the port of Xiamen seized every opportunity and continuously increased its berthing capacity from 18,000 TEUs in 2013 to today's record-breaking 23,000 TEUs.