As a beautiful seaside city located on the southeast coast of China, Xiamen faces Kinmen Islands and lies opposite Taiwan and the Penghu Islands across the Taiwan Straits. Legend has it that white egrets inhabited this area in ancient times, hence its name Egret Island. Its annual average temperature is around 20°C, without extremes of heat or cold.

Xiamen is one of the most competitive cities in China and one of the first Special Economic Zones on the mainland. As a vice-provincial city independently listed on the state development planning, it is granted provincial-level authority on economic administration and local legislative power. In 2010, Xiamen SEZ was expanded to cover the whole municipality. Now it has already become a modern and international port city featuring beautiful scenery.

Major Economic Indicators of Xiamen in 2021 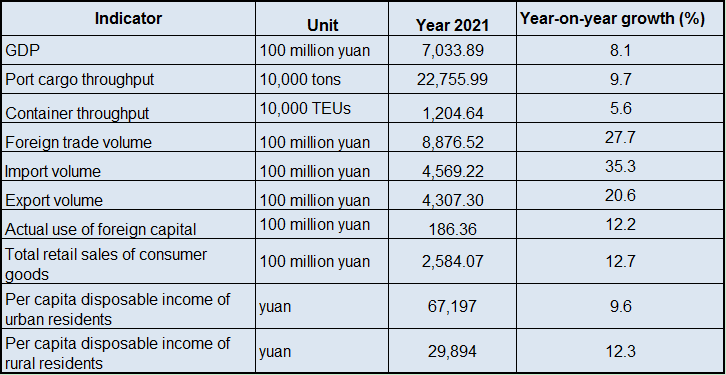