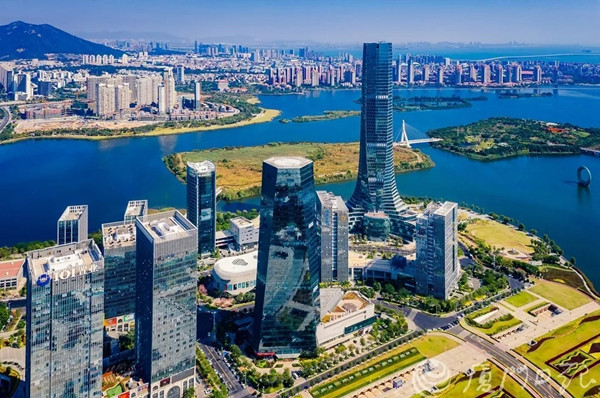 Xiamen city is on a roll when it comes to imports and exports. It reports a surge in its foreign trade in the first two months of the year. [Photo/xmnn.cn]

The coastal city of Xiamen – located in East China's Fujian province – reported strong growth in its foreign trade in the first two months of this year, according to statistics released by the city's customs authorities.

Statistics showed that the city's private sector made up the bulk of Xiamen's foreign trade in the period. Private enterprises in Xiamen reported total foreign trade worth 45.53 billion yuan, up 64.9 percent year-on-year and accounting for 37.9 percent of the city's total.

The Association of Southeast Asian Nations was Xiamen's largest trade partner last year, followed by the Unites States and the European Union, accounting for 42.5 percent of the city's total foreign trade.

Xiamen also witnessed growth in trade with countries participating in the Belt and Road Initiative, with the total value growing by 35 percent to 37.42 billion yuan in January-February.

Data showed that mechanical and electrical products and labor-intensive products were Xiamen's main exports in the first two months and imports of bulk commodities showed good growth in January and February.