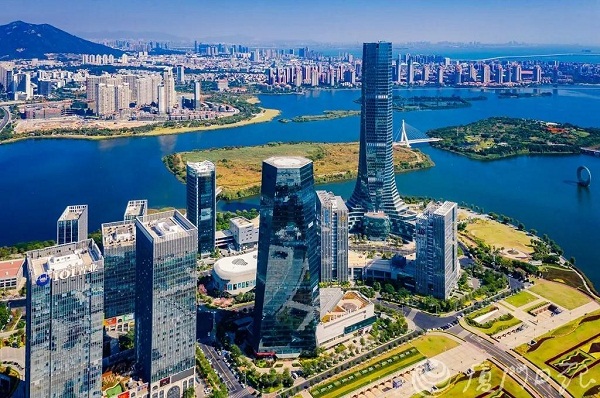 Xiamen in Fujian province has gathered a number of industries and competitive service trading companies in key areas such as digital trade, cultural creativity, and high-end modern services since August 2020.

Statistics show that from January to June this year, the import and export volume of Xiamen's services hit 34.32 billion yuan ($5.31 billion), a year-on-year increase of 5.9 percent. Typical services such as the aviation maintenance and computer services, as well as emerging services trade like financial services, and knowledge services have been increasing every year.

During the pilot time, Xiamen has formed replicable and promotable institutional achievements in the services trade sector.

Xiamen released measures to boost trade in services at the end of 2020 and currently has 88 pilot tasks. To date, the city has fully completed 41 tasks, partially implemented 20 tasks, and been actively promoting the other 27 tasks, said Chen Yuejin, deputy director of the municipal bureau of commerce.